When we first met Red Star Vapor they were extremely skeptical about getting into business with another web development company. They had already been burned three times and weren’t looking to waste money again. We were able to get them to give us a shot on rebuilding their website. After successfully rebuilding their website, we proposed marketing their store online via SEO. They had one location that was doing fairly well but we felt we could help them get to the next level.

After a few months of SEO, they were now ranking locally for keywords like “vape shop mesa” and nationally for various vape juice flavors. This increased the traffic to their website, and increased their overall sales. Since working with us, they have built their revenue up enough to invest in other forms of advertising like billboards and radio commercials. All of this marketing combined has resulted in several more stores opened. They now have 15 stores in Arizona, 5 stores in Colorado, and 2 stores in Texas. They plan to have over 80 stores nationwide within the next year. 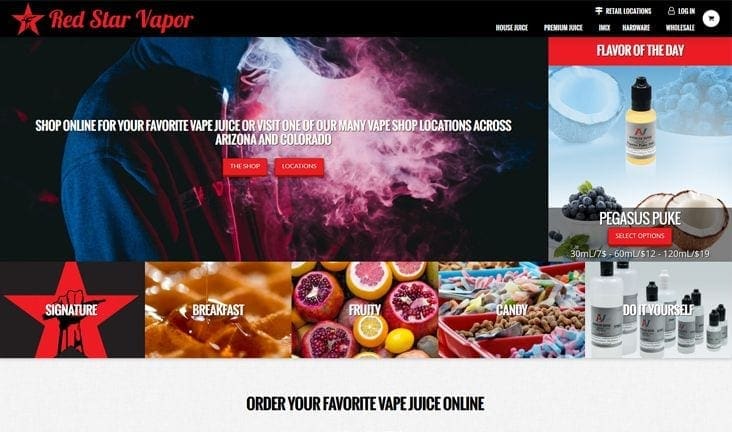